When Ian Thrush from Parallel Architecture embarked on renovations to his family’s Whangaparaoa home, he certainly didn’t expect it to turn into an almost full re-build!

The original weatherboard home was built in 1950’s and sits on a half share of the 1,100 square metre cross lease site.

Over the years the old house had many additions and alterations that ended up causing a really disorganised floor plan” says Ian.

Originally, the intention was to achieve more storage space and update the bathroom. However, over time the scope changed and grew – as it does! Six years later, the 110 square metre footprint remains unchanged, however they have corrected the design flaws via a new layout and flow. All but two rooms were moved, and they now have a well-organised 3-bedroom family home.

The most challenging part of the build was living in the house while renovating. Not to mention having a baby over that time also! Ideally, we would have had an empty house to work on but that is not always possible, so you just do what’s needed to make it work!” Ian says. 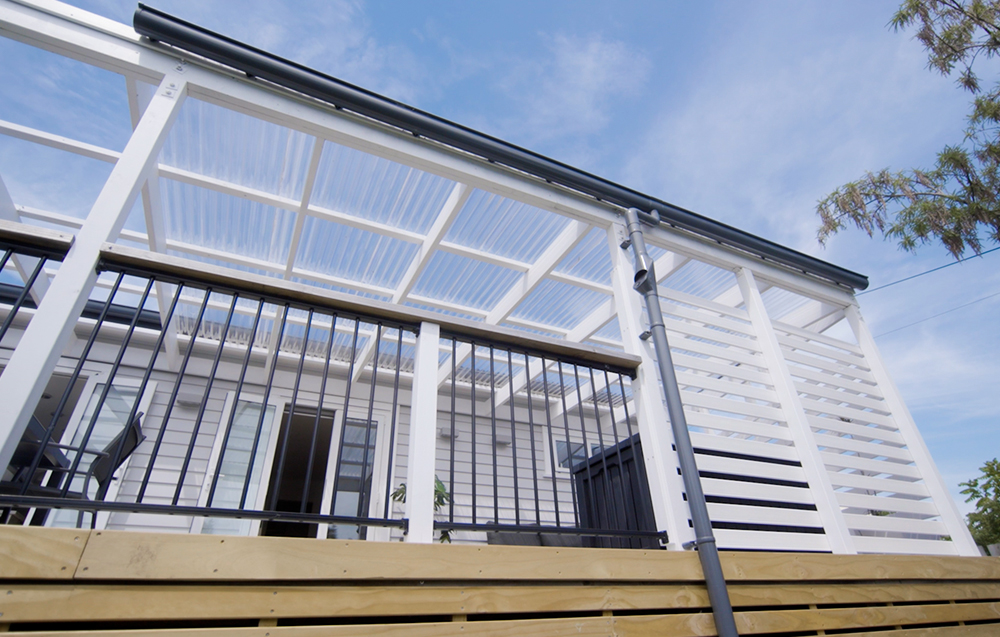 Being in Whangaparaoa, the property is on tank water, therefore Ian also opted to install a Marley Curve® leaf diverters on the RP80® downpipes. The Curve® removes leaves and debris to protect tanks and stormwater systems. Curve® is very easy to install and low maintenance, capturing over 99% of water with a clean screen. The family went for the Dynex PALLISIDE® traditional profile in slate to create a character home. The double light-grey boards look great with white box corners and window facings, to emulate the traditional timber look. The overall outcome is clean lines for a modern, yet characterful home. Ian chose Dynex Soffit to replace the existing soffit as it looks great, is low maintenance, and as with PALLISIDE® weatherboards, never needs to be painted. It also adds to the classic style of the home.

Ian upgraded from single glazing to double glazing, which has been great. That combined with a wrapped and insulated home has made a world of difference to the family’s quality of life. The interior of the home has a very neutral palette of Resene Quarter Thorndon Cream, Black White ceilings, and timber accents to bring a touch of nature in. The bathroom and laundry have a classic look with vertical tongue and groove boards on the lower half of the walls. 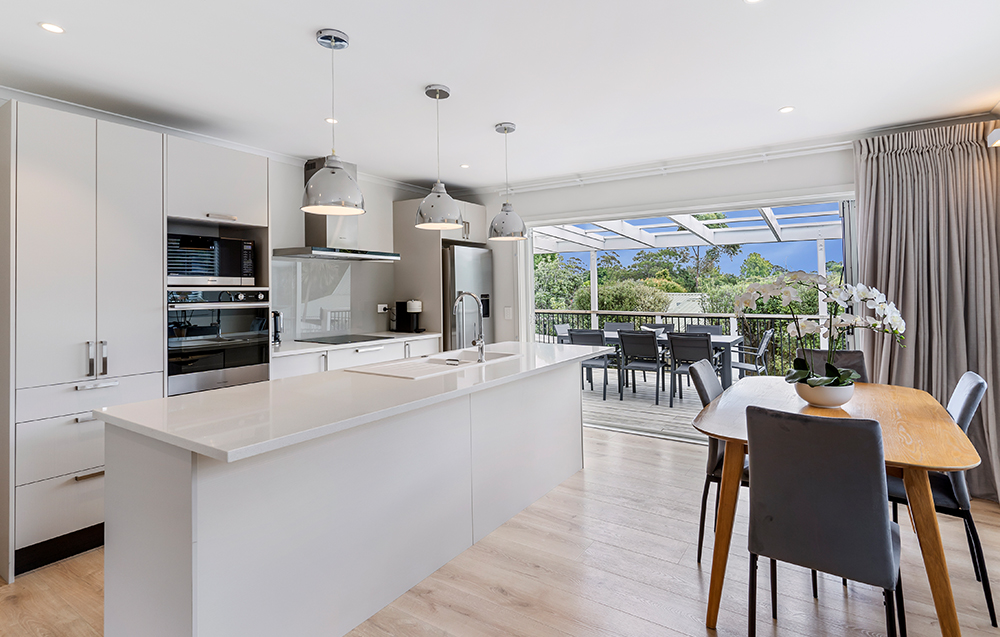 Sensor lights were installed in the hall and under the vanity, which is great at night for using the bathroom or checking on the kids. Nice soft light at shin level, rather than a ceiling light in your face! 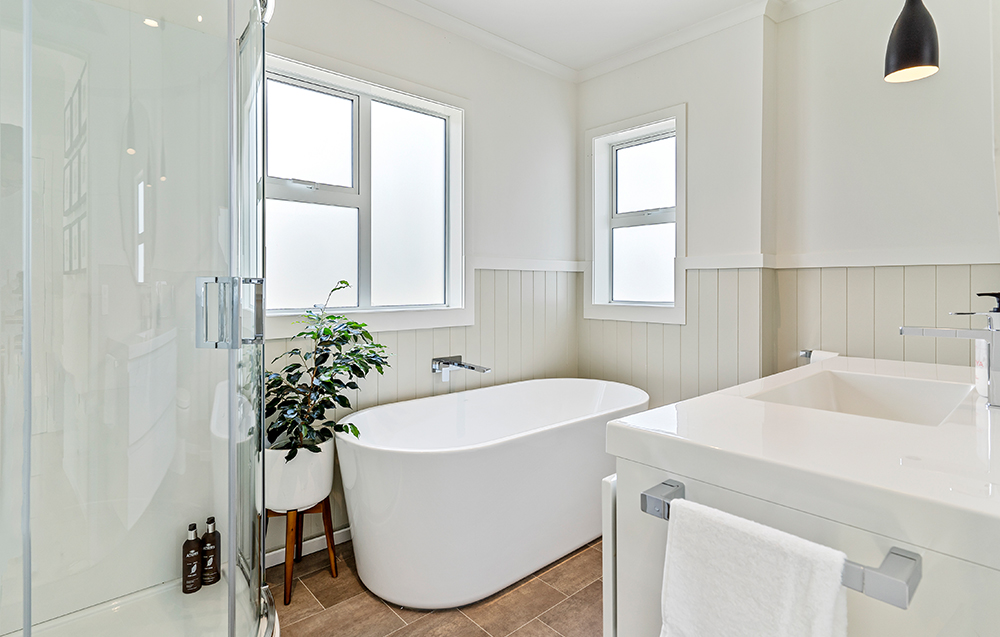 The best aspect of our new home is that it is truly low maintenance. And we also love the indoor-outdoor flow” says Ian. As both architectural designer and homeowner, Ian and his family are really happy with their newly refreshed home, and are pleased they chose the Marley Stratus Design Series® Typhoon® spouting and RP80® downpipes for the low maintenance, stylish finish they were after. 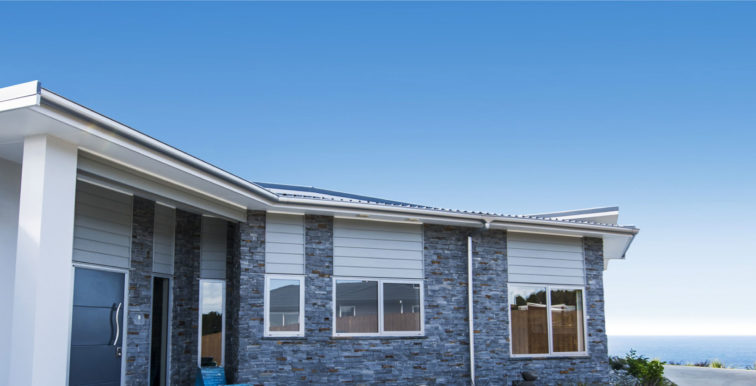 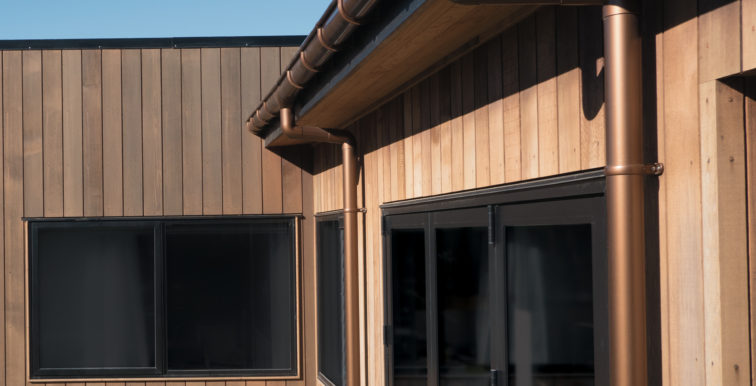 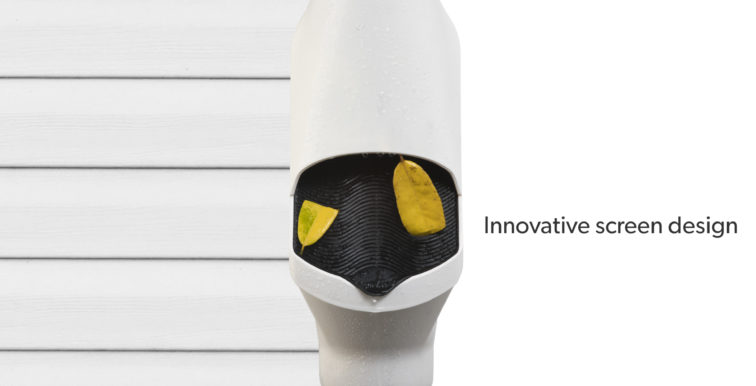