Paul Russell’s New Plymouth home is a modern space, one that ties in with the surrounding nature seamlessly. The single-storey home pays homage to its surroundings, using plenty of glass, greenery, natural wood and polished concrete to create a sleek and modern oasis.

Paul found the empty site in July 2015, and was attracted to the area because of its close proximity to the ocean. The build took only eight months from start to finish – and was designed, managed and built by Paul himself – an impressive feat that only adds to the essence of this family home.

Bringing the outside in Native plants have been used to withstand the harsh winds famously known in the region and Paul has really made a feature of them. Opting for a see through glass feature above the stove and bench instead of a splashback, the view is both inspiring and relaxing. The stunning feature garden in the living and dining area is Bauhaus-esque in its design. High glass sliding doors and parallel cladding frame the tropical and native plants, cleverly allowing an influx of natural light into the space, while adding to the modern open plan feel of the home. 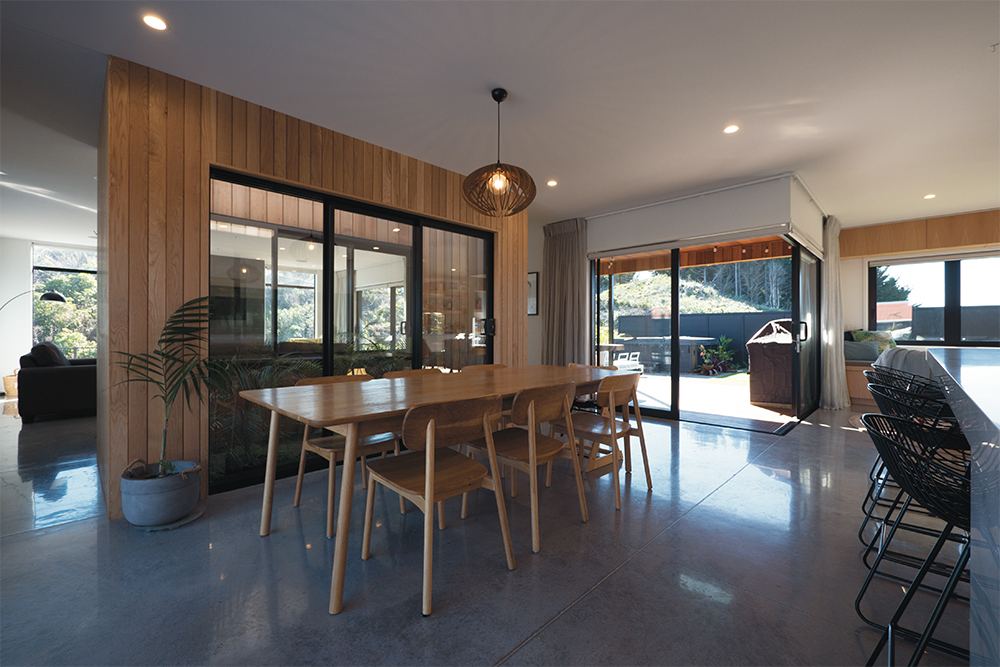 Choosing supplies and materials for the build was easy for Paul, because of his love for “natural, earthy products”. The exterior is parallel cedar cladding stained in Elm which adds length and depth to the home. This is simply framed by fascia painted Resene Ebony, black window frames and an Ebony ColourSteel® roof to really make the cladding pop. The Marley Stratus Design Series® Typhoon® spouting and RP80® downpipes in Copper complement the cedar, and the half round Typhoon® profile with external brackets adds a reflective feature to the outside of the home. This creates a positive balance between earthiness and modern and “(it) gives a lot more interest to the eaves as they generally look bland.” Another huge benefit for Paul of the Marley Stratus Design Series® Typhoon® spouting and RP80® downpipes was their durability against the area’s rough winds and salty sea air. Being made from uPVC means that they can withstand the elements, hold their colour for longer, and most importantly – they won’t rust. This was paramount for the new build and its future as a family home. 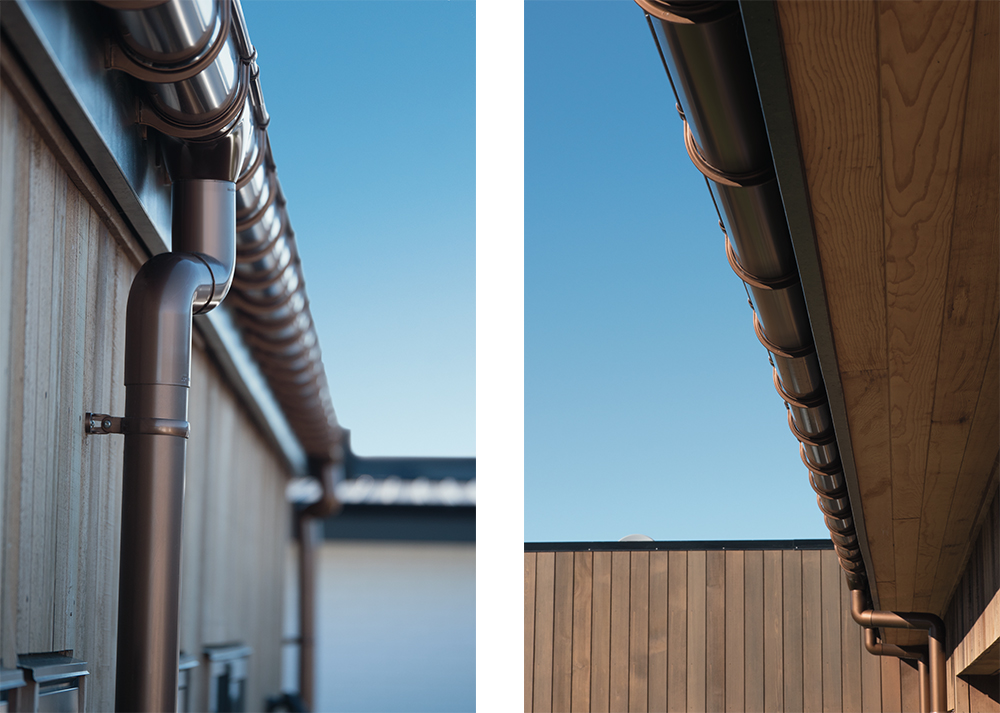 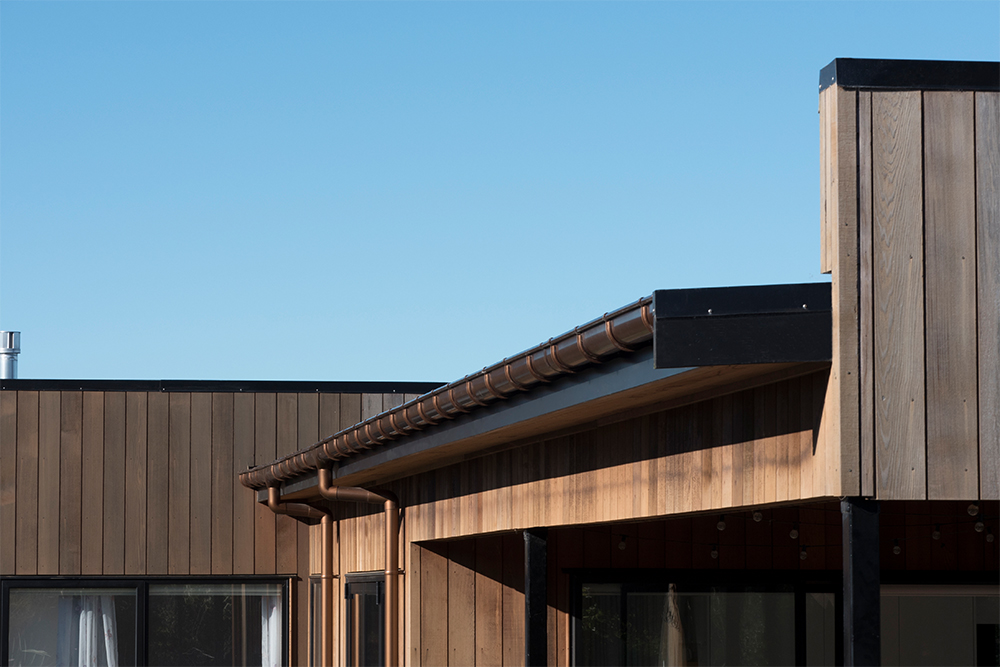 Paul has included some modern and useful extras such as the central vac system from Rob Rhason, central gas radiators from Paul Garner, central air conditioning from Heatcool Taranaki, plus a cosy Escea gas fire – perfect for staying warm in the winter months.

The Russell family home seamlessly balances the natural, the modern and the homely. From Paul’s loving involvement through the whole process, to the large shared spaces, we can tell that this home will have many memories made in it. 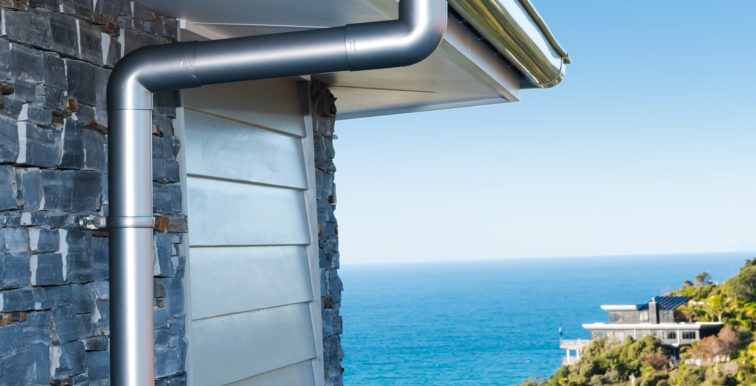